MAJOR RENOVATION/ADDITION ON THE CAMPUS OF GVSU

Wolverine returned to GVSU to complete this renovation to James H. Zumberge Hall. For years, the James H. Zumberge Library has served as Grand Valley’s main library. The expansion has helped consolidate several departments and allowed the university to free up classroom space in other buildings.

This project consisted of a complete overhaul of the existing building, and the ground-up construction of an addition, to expand the facility to more than 90,000 square feet. The existing facility was stripped down to a shell and rebuilt with an entirely new layout and décor. The five-story addition houses a covered parking area on the ground level with four levels of office and conference room space on upper floors. The exterior features a curtainwall with a combination of vision and spandrel glass in a random blue-and-grey frit pattern. The project started in March 2012 and was completed in April 2014.

The new James H. Zumberge Hall has been awarded Silver-level LEED Certification. The natural materials used throughout, including FSC-certified walnut, provide a warm and modern feel. The building is the first on GVSU’s campus to utilize an energy-efficient chilled beam HVAC system. 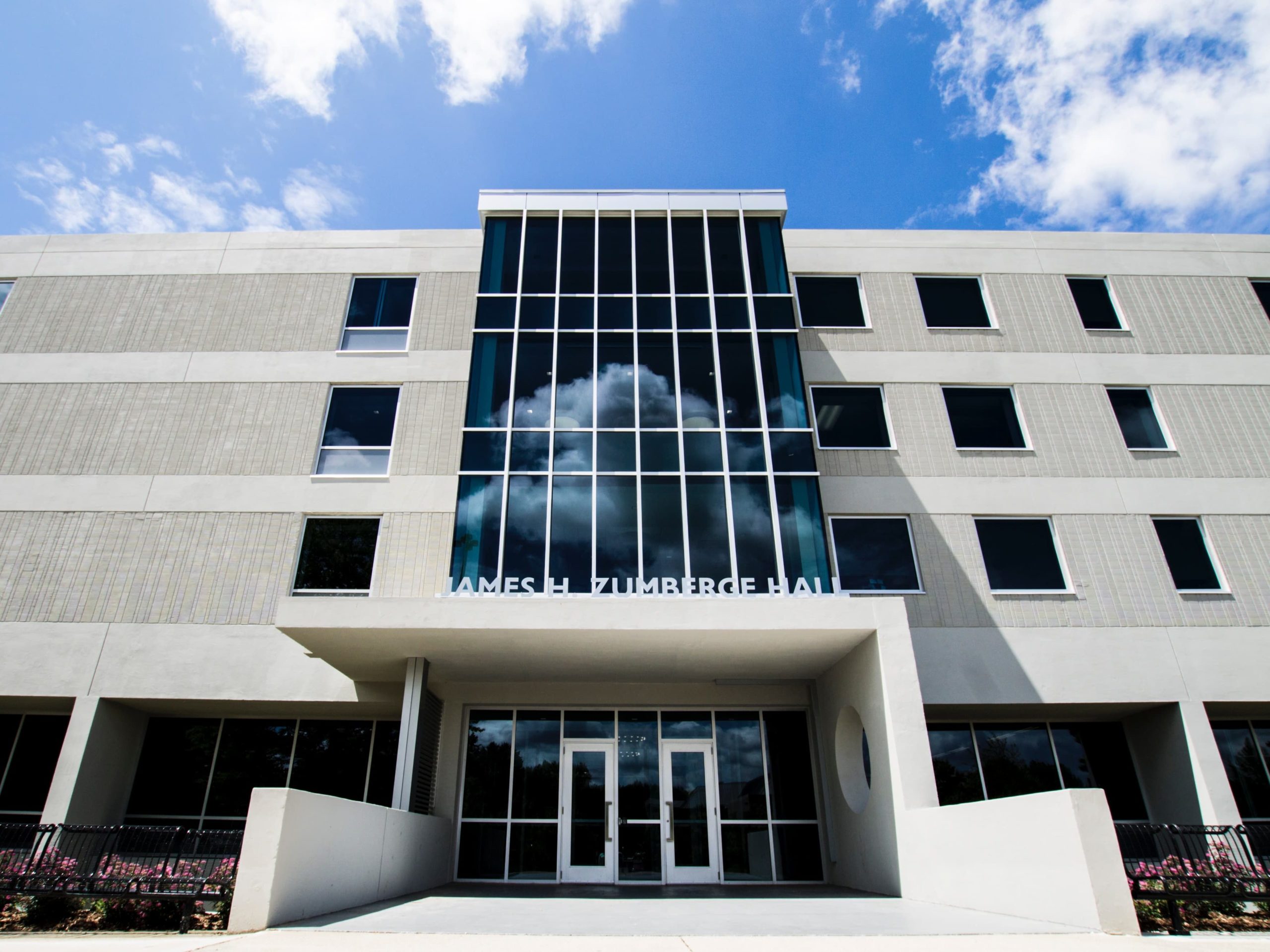 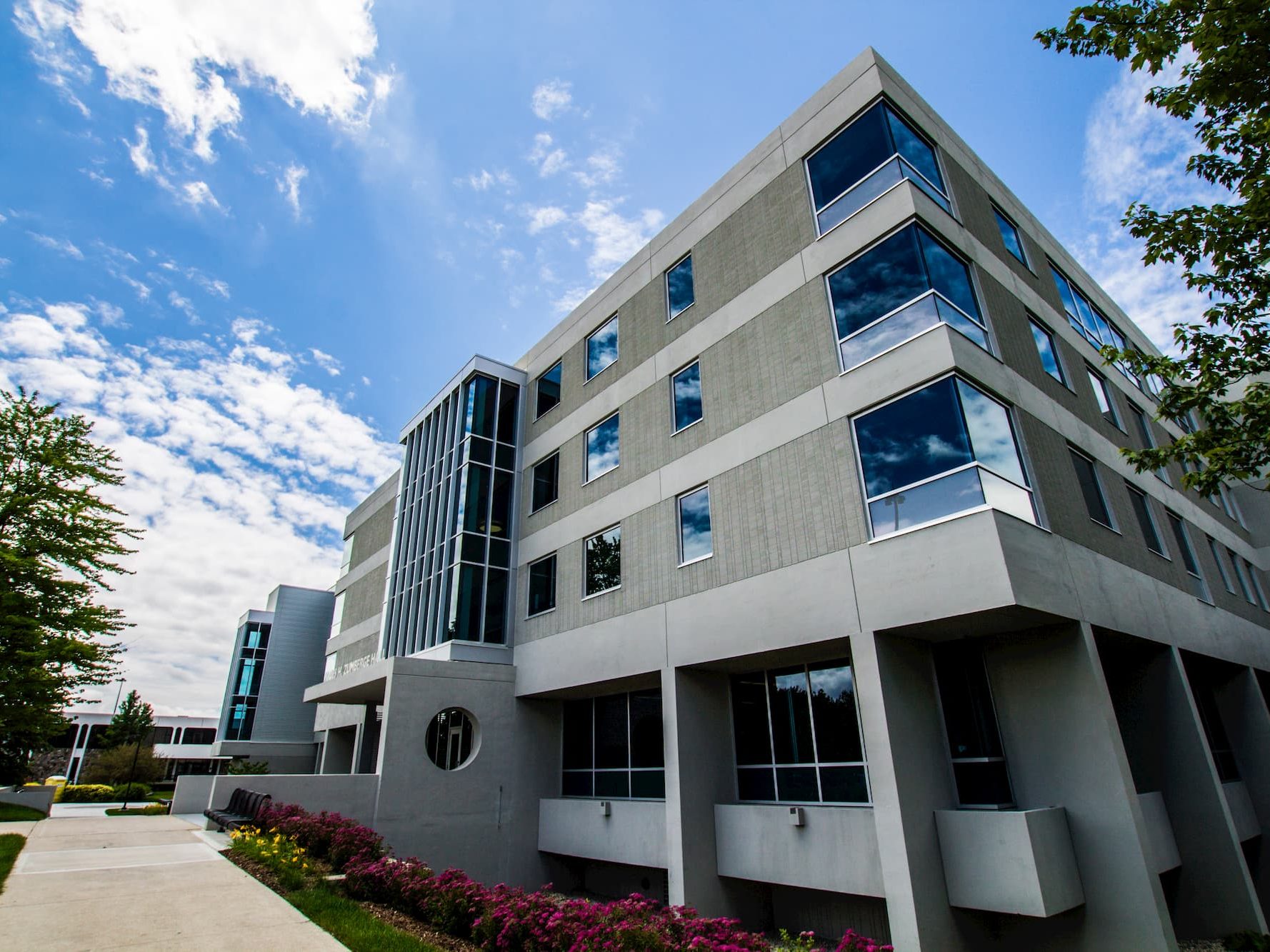 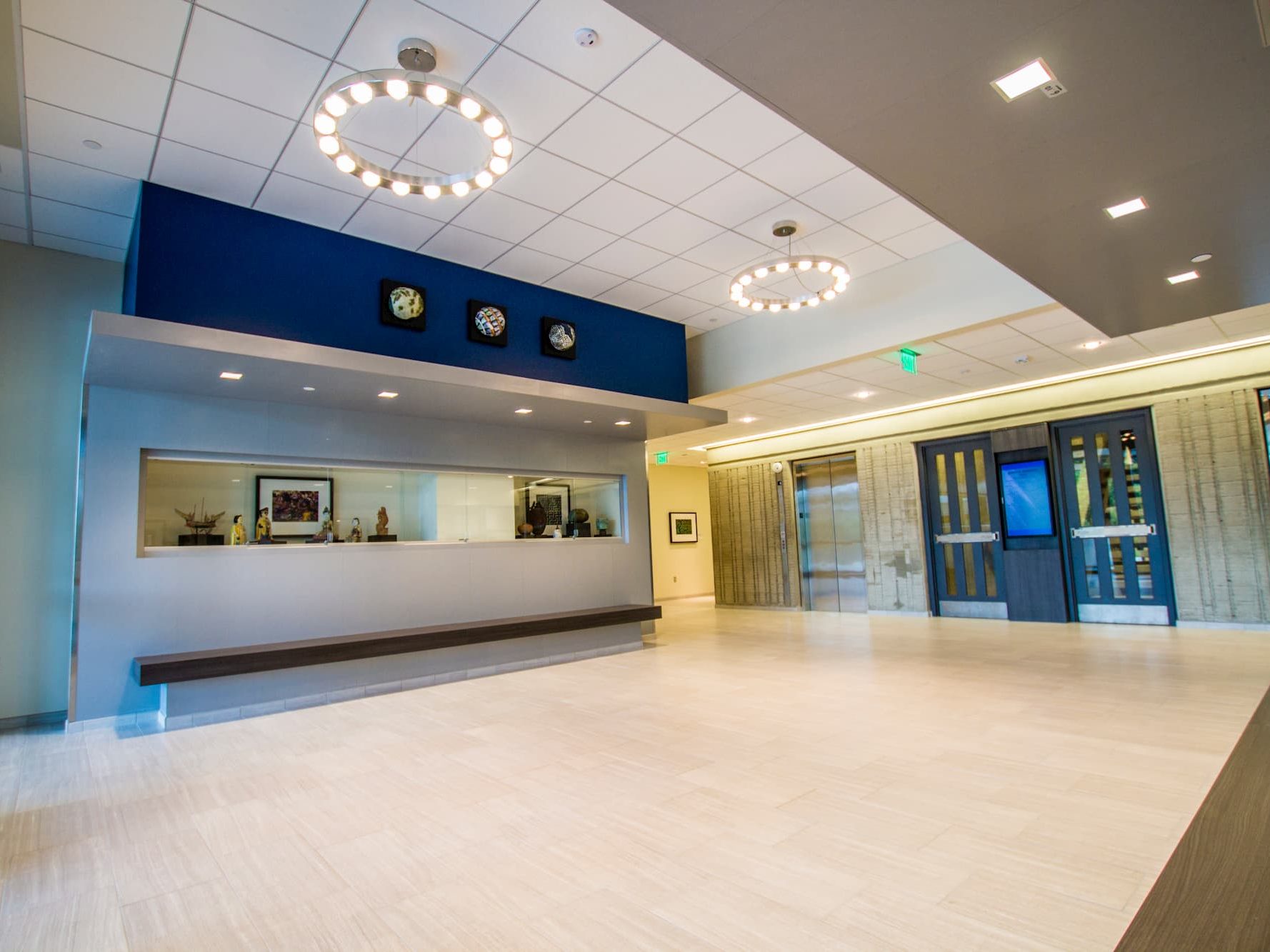 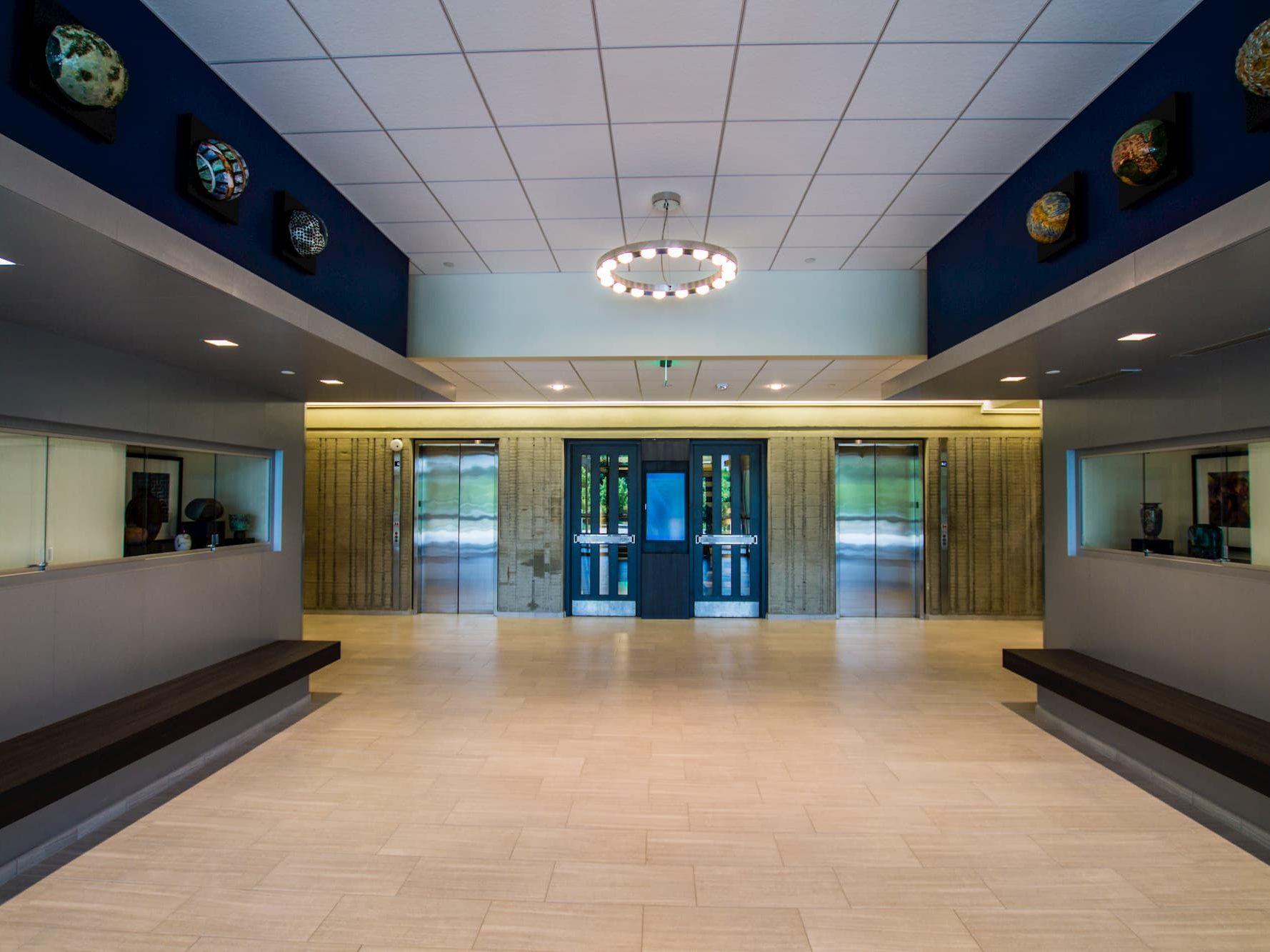 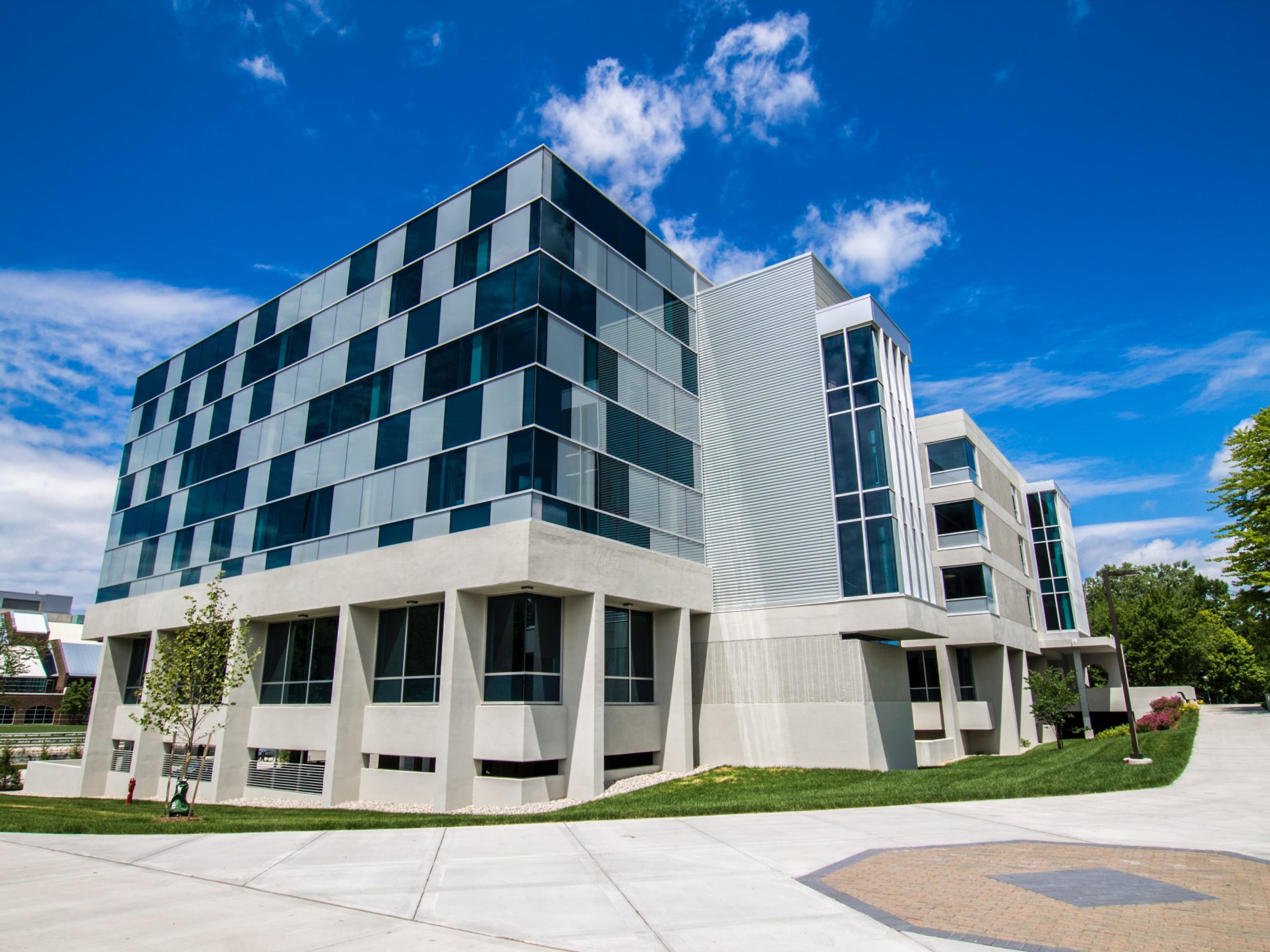