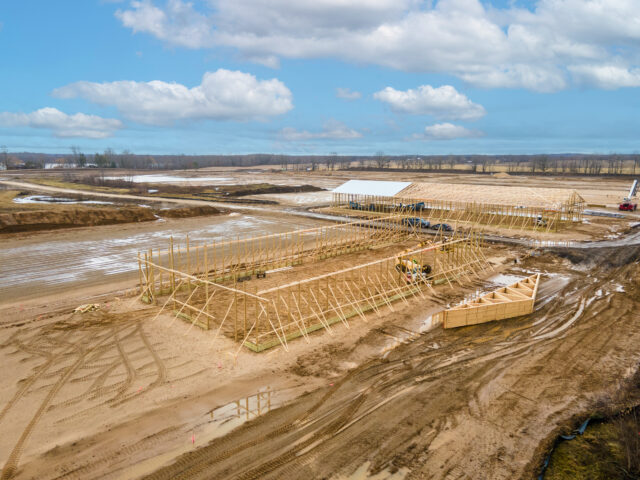 New Fairgrounds Get $6 Million Boost from the County

The Kent County Youth Fair has been working for years to raise the funds necessary to develop its new fairgrounds off Cascade Road in Lowell Charter Township. Today, it got a big boost with Kent County commissioners voting to allocate $6 million of American Rescue Plan Act (ARPA) funds to the project.

The project is one of 30 to receive funding from the county, and those were chosen from more than 300 proposals submitted for consideration.

“The projects approved today exemplify the kind of broad-reaching, impactful initiatives that we as a board envisioned and the community called for in our ARPA funding engagement process,” said Kent County Board of Commissioners Chair Stan Stek in a press release. “These projects will undoubtedly have a generational impact throughout Kent County.”

The fairgrounds weren’t the only Lowell-area project to be approved for funding either. County commissioners awarded $15 million to Kent County Parks for the Grand River Greenway which will provide 40 miles of paved trails along the Grand River corridor from Lake Michigan to the eastern border of Lowell.

When the Raising Barns, Building Youth campaign was launched in 2018, it had a total goal of $13 million. That amount has been raised, according to the proposal submitted to the county, and a new project goal of $37.5 million was included in the funding request. The proposal to Kent County requested $11 million.

Currently, land is being excavated at the future fairgrounds – which is the location of the former Deer Run Golf Course – and the fair board hopes to have building permits secured later this month or at the start of 2023. Either way, Board President Bill Zaske has told both Lowell City Council and the Lowell Township Planning Commission that the fair will be held in its new location in 2023.