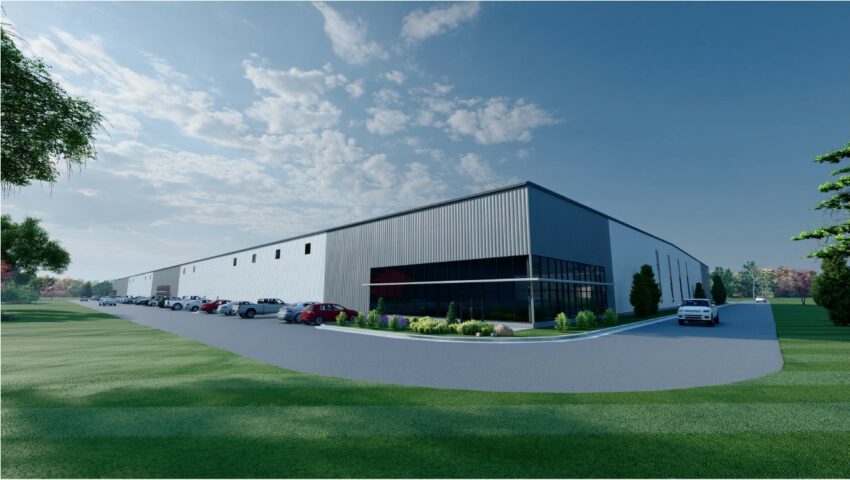 Honeycrisp Ventures is pursuing the project, which could go before the city for site plan approvals in November, at 3101 Fruit Ridge Ave. NW. The developer is engaged in “serious conversations” for a tenant interested in renting half of the 200,000-square-foot building, owner Ben Sietsema told MiBiz.

The company hopes to break ground on the project before the end of this year and have the building completed by fall of 2023, Sietsema said. The site is 27 acres, but only about 12 to 13 acres of the property are buildable because a creek runs through the site, Sietsema said.

“We try not to do a purely 100 percent speculative project,” Sietsema said. “We try to come out of the ground with a company for at least a portion of the building that is extremely interested as a potential candidate.”

Honeycrisp Ventures plans to order some of the electrical equipment for the project before it even receives final approval because of extremely long lead times, Sietsema said.

“You take a risk on ordering things before the deal is said and done,” he said.

In addition to long lead times, developers have taken on more risk with speculative projects in the past three or four months given rapidly rising interest rates, Sietsema said.

“These rental rates we’re seeing now and that you have to achieve for these projects are significantly higher than what we’ve seen a couple years ago,” Sietsema said. “You have to think about what would happen if rents went back down to where we were five years ago. In most cases, the project doesn’t look good. I don’t think you’re really seeing much speculative development start since we had the rise of interest rates in West Michigan in the past couple months.”

“Our playbook is really trying to have 25 to 50 percent of the building more or less spoken for, then what we like to do is build something two times as big,” Sietsema said. “Then their rental rate is going to be a lot lower if they’re not the only one in the building, and for us it allows us to leverage that in our financing.”

Meanwhile, industrial real estate demand remains high across the region. The total vacancy rate for industrial space was at 3 percent across West Michigan, and as low as 0.7 percent in northeast Grand Rapids for the second quarter of 2022, according to an industrial insight report from brokerage firm JLL Inc.