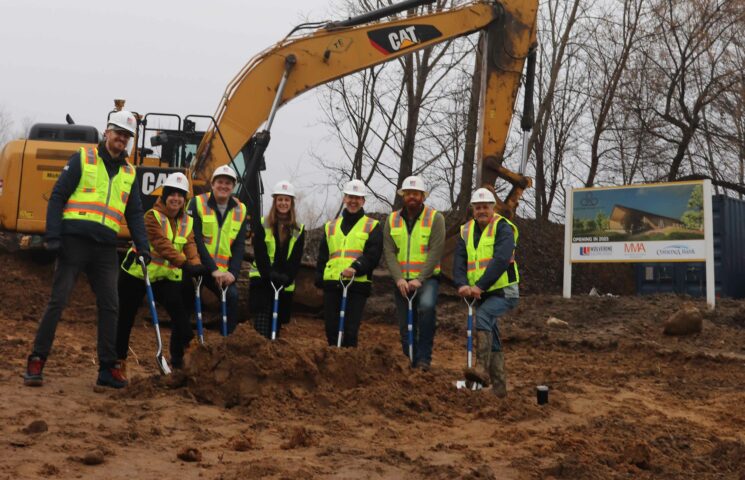 PLAINFIELD TWP. — Eastern Kille Distillery will kick off the new year with a groundbreaking ceremony for its new headquarters, distillery operations, bar and restaurant in Plainfield Charter Township.

The new facility, located on a 16-acre site at 7755 Childsdale Ave. NE with access to the White Pine Trail, will move forward less than a year after township officials approved the craft beverage manufacturer’s plan.

The custom-engineered building will double the size of the company’s existing distillery operations at 800 Ottawa Ave. in Grand Rapids’ Monroe North neighborhood, which also will create potentially new distribution opportunities, according to company executives. The site, located southwest of downtown Rockford, also will include a 2,800-square-foot outdoor cocktail garden that connects to the White Pine Trail.

Previously disclosed plans call for a 10,360-square-foot distillery space with a separate 4,144-square-foot tasting room with food service. Eastern Kille acquired the property in November of 2021 for $525,000, according to property records.

Kentwood-based Wolverine Building Group is serving as general contractor for the project, which was designed by Grand Rapids-based Mathison | Mathison Architects.

The project marks a busy 18 months for the craft distillery. Eastern Kille sold its Ottawa Avenue property to Spectrum Health (now Corewell Health) in June 2021 for $3.75 million, more than 10 times the amount of the distillery’s initial property investment of $370,000 in November 2014, as MiBiz previously reported. The health system is using the property for its ongoing expansion in the Monroe North district.

Eastern Kille signed a lease extension with Corewell for the Monroe North location, where it will be able to continue operating its production and tasting room until Sept. 30, 2023.

The company will hold a groundbreaking ceremony for the new distillery and restaurant at 9 a.m. on Jan. 4, 2023.