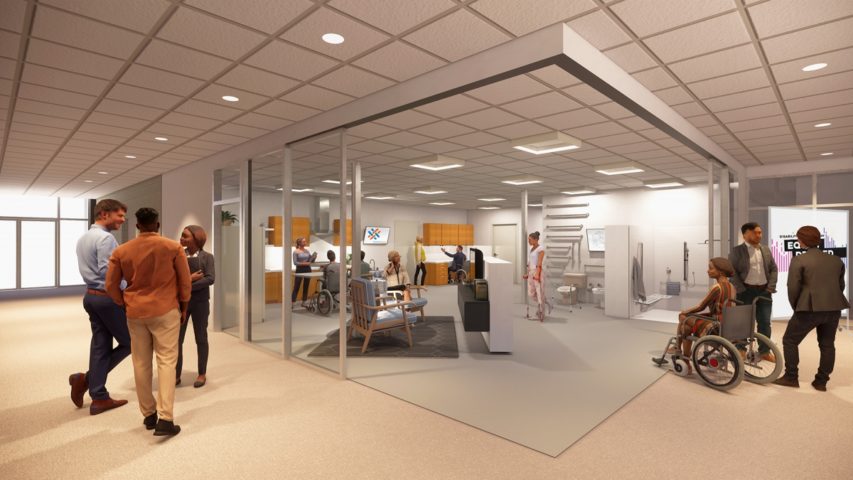 Disability Advocates of Kent County is launching the public phase of a $2.5 million fundraising campaign to move its headquarters and create an accessibility showroom at a nonprofit hub under development in Byron Township.

Disability Advocates would be one of nine disability organizations occupying the former South Christian High School at 160 68th St. SW. Earlier this year, Special Olympics Michigan Inc. announced a $20 million project to redevelop the school into what would be the largest Special Olympics facility in the world.

Disability Advocates of Kent County’s new headquarters would comprise 8,600 square feet in the Special Olympics campus that is currently under construction.

“We already do a lot of work together. We’re referring people back and forth to each other and are collaborating on community events, so it’s a great relationship to build on,” Bulkowski said. “Our current office is hidden in a neighborhood and other organizations were hidden in other office buildings, but now we’ll all be together.”

The Home Accessibility Center will offer a space for people with disabilities to explore ways to renovate and retrofit their homes so they can be more independent.

“The Home Accessibility Center is a response to a demonstrated need,” Peggy Helsel, development director for Disability Advocates of Kent County, said in a statement. “Often people ask, ‘What does that mean?’ When we talk about universal design and the home, we are giving people a real-life model home to experience what a universally-accessible space can look like.”

The Home Accessibility Center will allow people to try different pieces of adaptive equipment, Bulkowski said. The center will also be open for architects, builders and developers to learn about universal design, as well as students in occupational therapy programs, Bulkowski said.

Special Olympics Michigan launched its own public phase of a capital campaign in July to raise $20 million for the retrofitting and construction of the 127,000-square-foot facility in Byron Township.